Palo Alto Neighborhoods (PAN) fully supports truly affordable housing, but 2951 El Camino Real is not an example of how to achieve it.

On January 19, 2021, a proposal to develop 2951 El Camino Real is coming before Council.  This complex’s height, density and massing:

The Council should say NO to 2951 because it:

How 2951 ECR Violates The Zoning Code

Here are some of the ways 2951 ECR violates the City’s Zoning Code including HIP and PHZ tools: 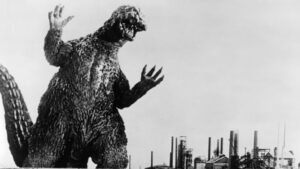 Palo Alto has met or is close to meeting its RHNA allocation goals for market rate and above market rate housing for this last 8 year cycle.  (We only have confirmed data from RHNA up through 2018 so estimates based on city data have us at 117% of our goal.)  Where we are woefully behind is the production of Below Market Rate housing.

Every 8 years, ABAG–working with the Housing Methodology Committee (HMC)–distributes a share of the region’s housing need (RHNA) to cities throughout the Bay Area.  This triggers the production of a new Housing Element for our Comprehensive Plan which brings together city staff and community members to review possible parcels and their zoning to make sure it’s possible to meet our allocation.  The next housing work plan process begins in 2021 and will be seeking applicants.